A huge success for SWING, winner of 2020 European Language Label 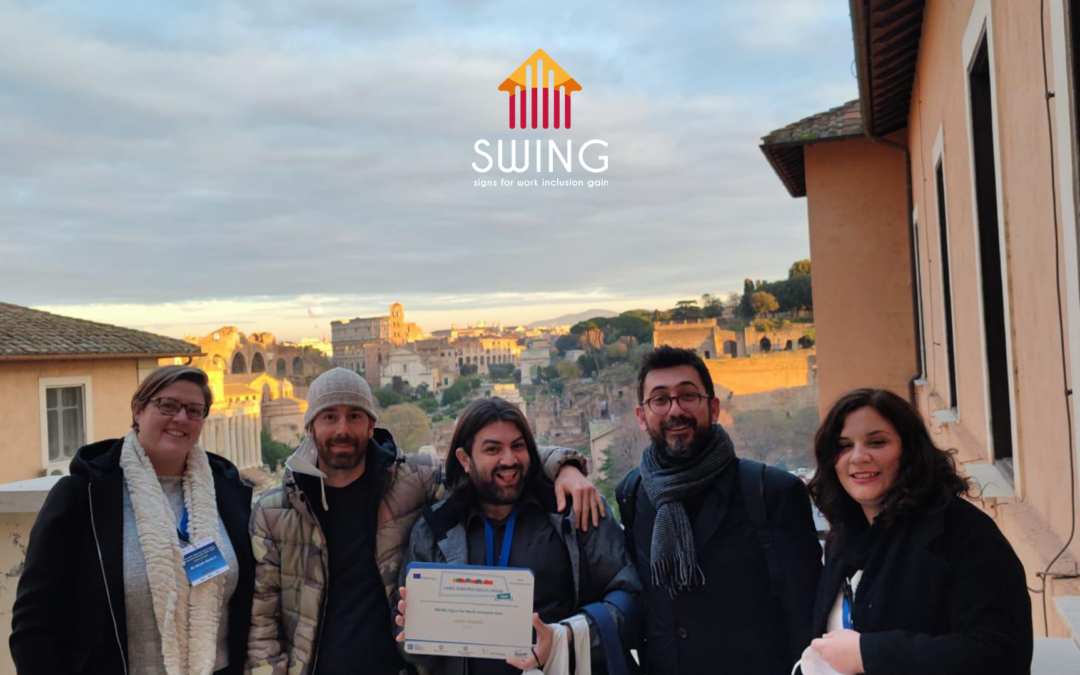 Another huge success for the SWING project. On Monday 21 December 2021, SWING – Sign for Inclusion Gain project (ended in May 2020) received the European Language Label 2020 in the vocational training sector, during the award ceremony in Rome.

The ceremony was full of testimonies: some Italian Minister, the mayor of Rome Roberto Gualtieri and Christian Greco, director of the Egyptian Museum in Turin, kicked off the event. Also, the National Agencies intervened for the Erasmus + 2021/2027 program. During the afternoon, the Erasmus+ quality projects were awarded, including Swing project.

CEIPES President, Musa Kirkar, and Rita Ascarini, financial manager, took part in the award ceremony, held at the Sala Protomoteca in Campidoglio (Rome). Maria T. De Monte and Manuel Muzzurru from the State Institute for the Deaf in Rome (ISSR) accompanied them. Manuel is a video editing technician with hearing problems who has been collaborating with ISSR since 2009. He entertained the audience by talking about his experience with European Erasmus+ projects and his involvement during the implementation of Swing project. Manuel is also actively participating in the research and video editing phases of the new Swing 2.0 project, a follow-up born from the enormous success of Swing.

SWING project was therefore awarded the European Language Label by virtue of the added value to the existing training offer and for the focus on the professional inclusion of members of a group at risk of exclusion, such as the deaf community. The results of SWING project are in fact accessible to all and facilitate communication between employers, hearing workers and deaf workers.